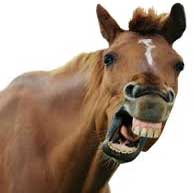 Bourbon Street in New Orleans frequently has stagnant water sitting along the curbs at all hours of the day rain or shine. This phenomenon is somewhat unusual and is likely due to inadequate drainage as the street is more than 100 years old and doesn’t slope adequately in many places. Due to the nature and atmosphere of Bourbon Street it begs the question of what exactly is in that water. Some locals refer to this water as “Bourbon Gumbo.” Microbe Detectives decided to investigate. We were told that the street is cleaned nightly, therefore we assumed the water may not be exotic as one might think. Maybe just a mishmash of bacteria consuming soap residue. Turns out, it was a bit more interesting than that.

A sample of grey water was collected from a small puddle on Bourbon Street, New Orleans on Wednesday September 28, 2016 at 1pm following the WEFTEC conference. The water was analyzed using DNA sequencing to identify the bacteria present. The high abundance of the Firmicutes Phylum is unusual for clean surface water and indicates potential fecal contamination. Though no obvious pathogenic genera were detected, 32% of identified bacteria was dominated by fecal-associated bacteria, especially Prevotella, Bacteroides and many others. Most of these bacteria live in mammal intestines including the human gut. However, Prevotella is generally not that abundant in the human gut in the Western Hemisphere (though it is very common in some developing countries with diets lower in fat and protein). As a result, it seems that the presence of these fecal bacteria are likely predominantly due to manure from a large mammal. Several of the bacteria are associated with ruminate mammals. Since Bourbon Street hosts many celebrations and parades, it’s likely we’re seeing the aftermath of some horse manure festering in the puddles on the street.

Enter your info to receive the complete report:

A confirmation email will be sent first, after confirming, you will receive a copy of the report.